Everyone arrived at the Port Authority Bldg. around 8:30am. We had a long meet and greet with other clubs. We were able to meet several siblings of our club's pups. Sadie is a sibling to Stormy and Sandy. Impala, a black cross, is Iris's sister. Revis even met his sibling, maybe Rutger. Icon is an adorable shepherd pup and is Innis's sibling.

After the meet and greet, we had a demonstration by a Port Authority K9 named Indor (planet where Princess Leia from Star Wars was from). She is a Belgian Alsatian.   She was very smart and she showed us how she can locate explosives (it was a small stick of dynamite). She works for the Port Authority during the day and goes home with her handler when they are off duty. Her family includes the handler, his wife, daughter and a Rottweiler.

After the K9 demo, we took turns by group number and got to walk around a large fire truck. We were not able to go down to the garage to see all the large trucks but they were able bring this one vehicle up in front of the building for the dogs to walk around.

We were finally told to board the buses and head to the airport. We regrouped in the airport and, after a brief wait, we went to the baggage claim area. The dogs sat and watched the conveyor go around and then the dogs walked around the moving carousel.

After baggage claim, the pups had to go back up the stairs to security. We went through security and had to wait for a short period while everyone was checked through. It was a fun time because a lot of travelers actually stopped to ask why the dogs were there. It was funny how many people took pictures with their cell phones and stopped to pet the dogs. All the pups and their handlers behaved.

Next, we headed down one terminal and past the food court. The dogs and people were all teased by the tempting smells. (We were all very thirsty and hungry at this point because everything seemed to be taking a long time). There were a couple of minor accidents but puppy clean-up kits were whipped out and business was attended to.

The pups had to deal with rushing travelers, airport transport carts, pull luggage, moving sidewalks(no one was allowed to take the pups on these but lots of airport passengers used them). All the pups did really well.

Our next venture was to another terminal where we were told to go to Gate 73 and were able to board a plane. Some of the dogs stretched out in the comforts of first class while others were trying the coach class. To my knowledge, there were no accidents on the plane and everyone enjoyed the experience. (There were no stowaways).

Before heading back to the buses we were taken to a special pet parking area where the pups were allowed to relieve themselves. The pups felt better and we headed back to the buses. The bus ride back was quiet and many pups used their neighbor as a pillow. We had very tired pups and humans. As the doors opened back at Port Authority Bldg. #1 there was a lot of barking. I don't know if the pups were saying thank you to our very hospitable PA supervisors/guides or if they were saying it was time to go home.

It was a very fun, but exhausting, field trip enjoyed by all. 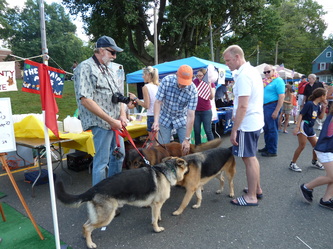 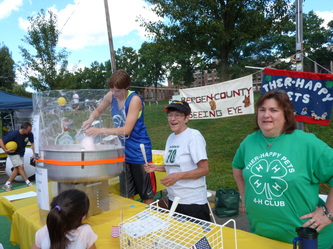 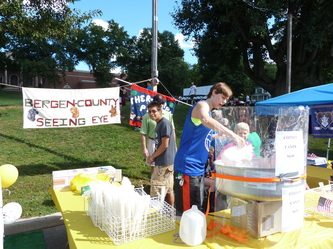 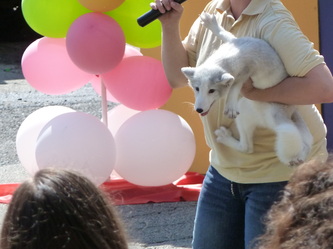 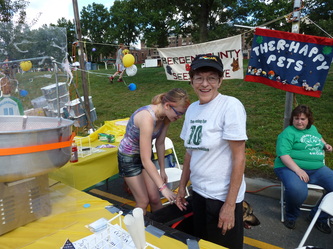 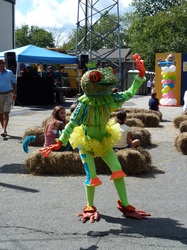 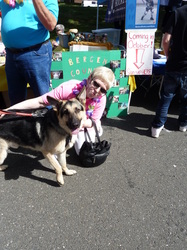